The first idea was the economy block. But the directions in Maggie Malone's block book are template-based, and I'm not doing that for straight lines!

SO...working on an angled cut I wound up with two different versions- since it's not a symmetrical cut, there are two blocks that can be made. And then there's the rotations!

After all that, none of them resemble the economy block because I misjudged the angle :/ 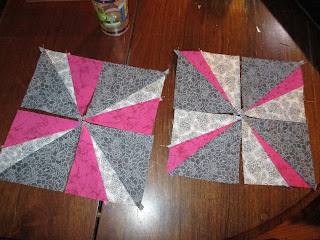 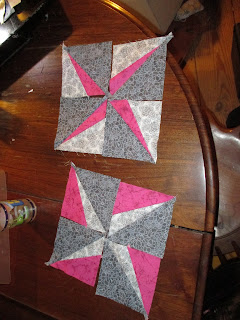 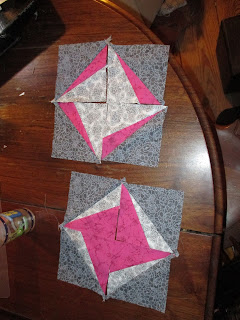 If I was using the *same* pink and same black-and-white...it wouldn't make such a difference, because the secondary designs would be stronger.

And a split pinwheel, just to try symmetry. 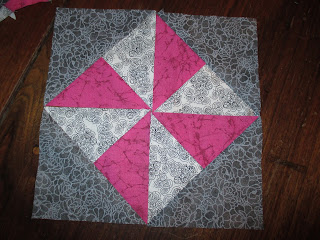