I got some work done this weekend on a couple of works in progress.

A snippet of a Secret Santa gift - I won't be able to show any progress until after the gift's been delivered. 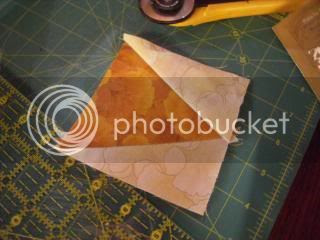 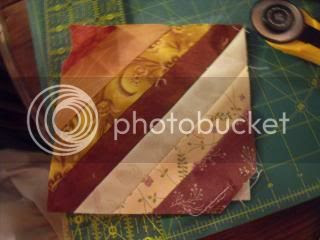 I wound up buying another yard of Moda Marbles to make the center strings. It's a little lighter than the brick color I originally had, but it was all Capital Quilts had that was close, and since the quilt is overall so scrappy, I believe it will work out fine. I'd already used a couple of other "close" marbles for strings, but really didn't have anything else in the stash that I would've been happy with.
Posted by Michele at 7:50 PM No comments:

Actually, this year the costumes weren't all that difficult.

The Small Man wanted to be "the Moon." 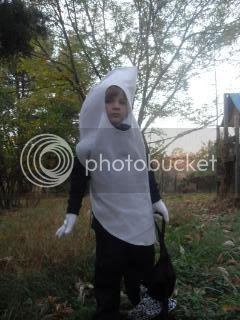 And the Karate Kid was "a shadow." 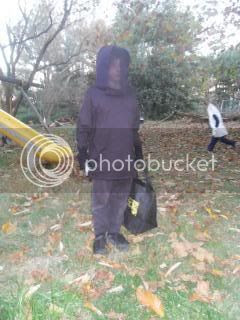 While The Lovely Daughter went as a s'more: 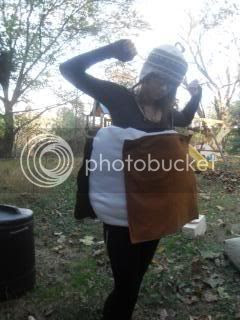 The s'more costume was the most work, but wasn't all that bad and was kind of fun to make. And it actually looked like a s'more!!!

On Halloween we carved pumpkins, after I found some of the LAST pumpkins in Montgomery County. 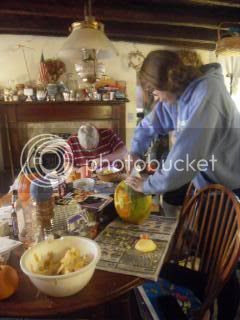 Getting ready to light: 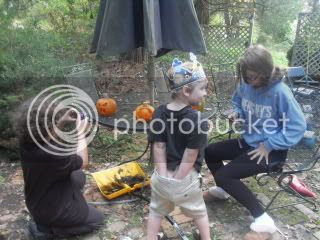 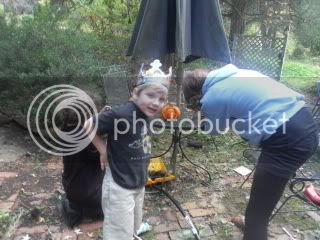 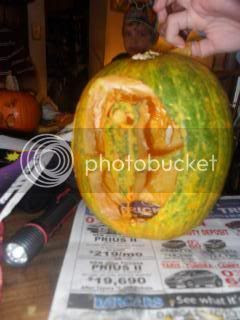 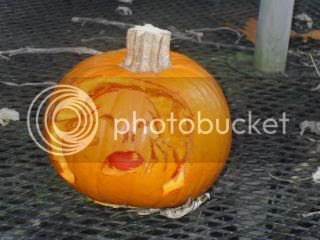 I didn't get a picture of the Karate Kid's jack'o'lantern, but I actually liked it the best - just a traditional scary face!
Posted by Michele at 7:57 PM 4 comments:

It hasn't been the best of months.

Just over a month ago, we woke up one morning to find Cletus, our coonhound, dead. 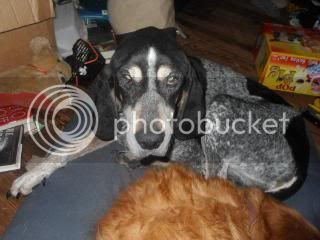 Then just last week, the Man of the House found Kona, our Golden, unable to move. He rushed her to the vet, but she had fluid around her heart and she died shortly thereafter. 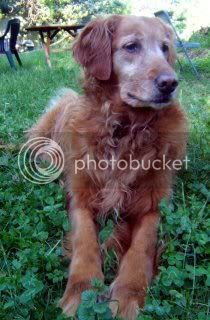 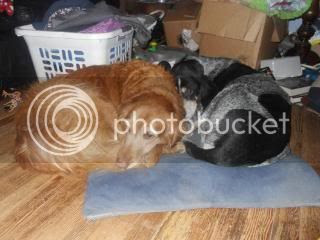 Losing either one of these guys would have been a blow, but both of them? Less than a month apart? Yikes. It's a sad house lately.
Posted by Michele at 7:48 PM 1 comment: