The problem with my ironing board

Is that it's always covered in cat hair. Or cats. 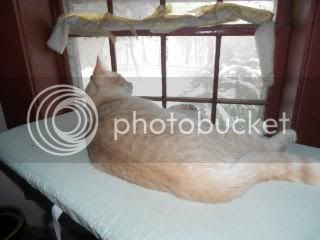 It does make a nice spot to lay and look out at the snow.

This is Ralph's "not gonna do any good to move me, ya know" look. 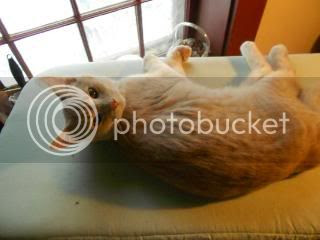 I need multiple covers, I think.
Posted by Michele at 4:25 PM No comments:

I went to G Street this week to buy a Secret Sister gift (for the quilt show I had to skip for a sick Lovely Daughter) and also picked up a bag of scraps. Part of it was unusable - I don't approve of them sticking in 0.5" strings - but most was lovely.

The used was tossing, again. I'll eventually get through all of Lois' stuff that came home with TMOTH.
Posted by Michele at 5:47 PM No comments:

The stash "used" this week was actually tossed - it was part of stuff I got from my MIL, and was not usable by me, or probably anyone else. At any rate, it is OUT of my house.
Posted by Michele at 9:04 PM No comments:

The Peace River sure lives up to its name, doesn't it? 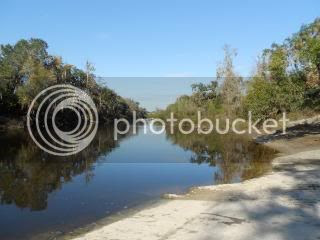 We went fossil hunting on Thursday.
The Lovely Daughter did not approve: 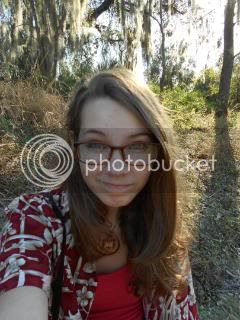 We gave her photographer duty since she didn't want to wade in the river: 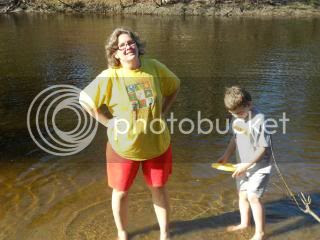 So, of course she amused herself by taking pictures of our butts: 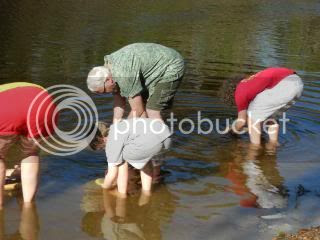 Basically, you dig up some gravel (here, Uncle J. is providing a shovel full to the Karate Kid): 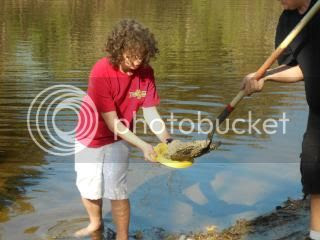 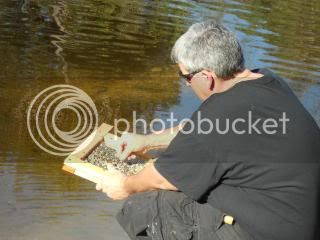 The Small Man was initially not very happy at getting wet, but then embraced it fully: 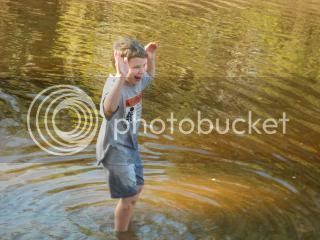 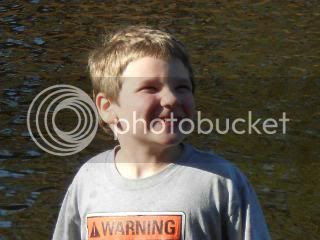 We started at the wrong end, but we eventually found out that we wanted lots of GRAVEL so we moved to the shallower portion: 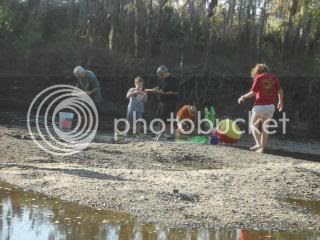 TMOTH and the Karate Kid did some digging in the deeper parts and found some of the larger shark teeth (but still small): 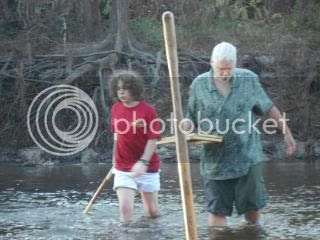 We found a bunch of tiny shark teeth, a oouple of larger (maybe 1 cm) teeth, some ray tooth plates, and some other fish tooth. Not anything earth-shattering, but fun never the less.
Posted by Michele at 7:06 PM 3 comments: