Going to play along this month for One Monthly Goal over at Red Letter Quilts.

My goal for May is to get my niece's quilt top completed and put together.

The blocks are Road to California: 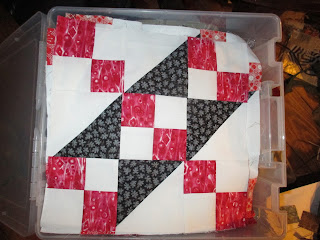 A long time to not post - I was nudged by Prairie Moon Quilts April blocks report..

It was a reasonably productive month, though. I'm going to call my final number of blocks 23.

I finished this hourglass miniature quilt; it was a UFO from the heart quilt I made, using the leftover trimmed blocks. 72 blocks! They're tiny, though, and I was starting with already-made HST, so I'm going to claim 16. 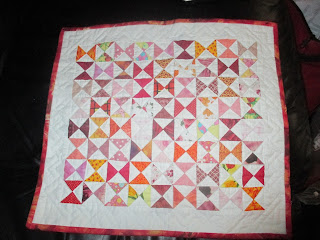 I pieced a miniature trip around the world, and started quilting it. How many blocks in this one? One? 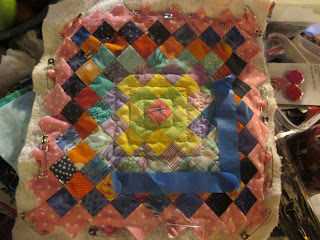 I stopped keeping track of my split 9-patches at the end of March, and only started back up the last week of this month - 5 blocks this month. Likely more, but I didn't document them! I had 45 in February and 52 in March. I kept up with the 365 challenge blocks (28 of them) in February, but completely dropped out in March :(. I also got one Road to California block done in February, so February's TOTAL is 74.

I've also started to organize beads, in the hope that I'll actually USE them if I can see them better. 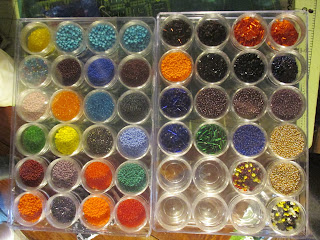