So, about a week ago, the Lovely Daughter posts this link to a baby Groot crochet tute on Facebook. She seemed to be completely gobsmacked that I would be willing to give it a try.

On Friday, I made it out to Michaels for tweedy brown yarn - Vanna's Choice in "Barley." I had some soft green crochet cotton from a thrift store trip for leaves already!

Although I've been crocheting for about 50 years, I have serious problems actually following patterns, so it was a crapshoot. 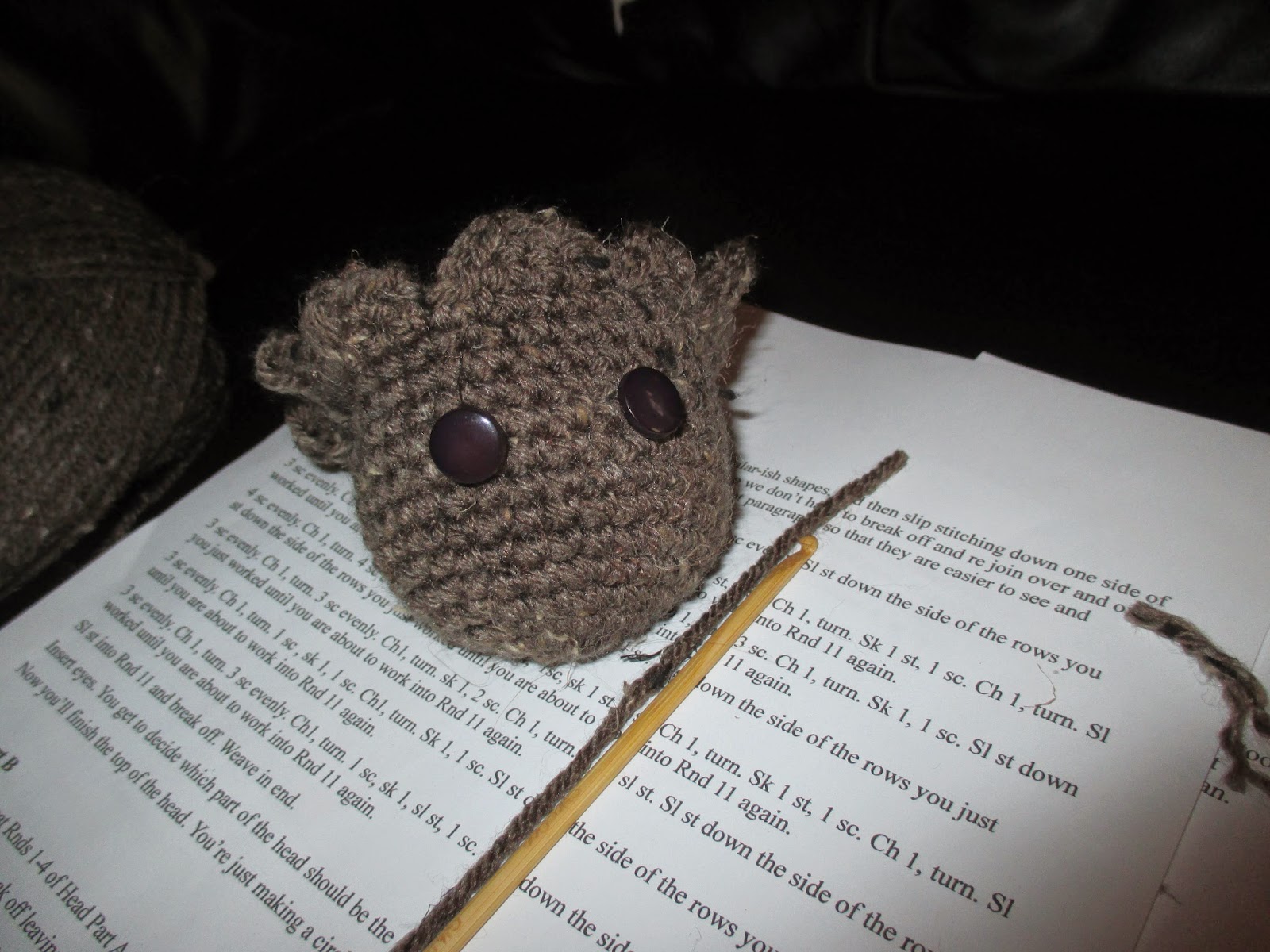 The hook I had was a size smaller than recommended, and when I counted up number of stitches I had for the head, it was about 4 more than I was supposed to have. And I crocheted a few extra rounds, but I still think his head could've been longer (and maybe thinner).

One upside of having a button obsession is that I was able to find buttons that made good eyes!

The body went really well, although I definitely made him taller than the tutorial. 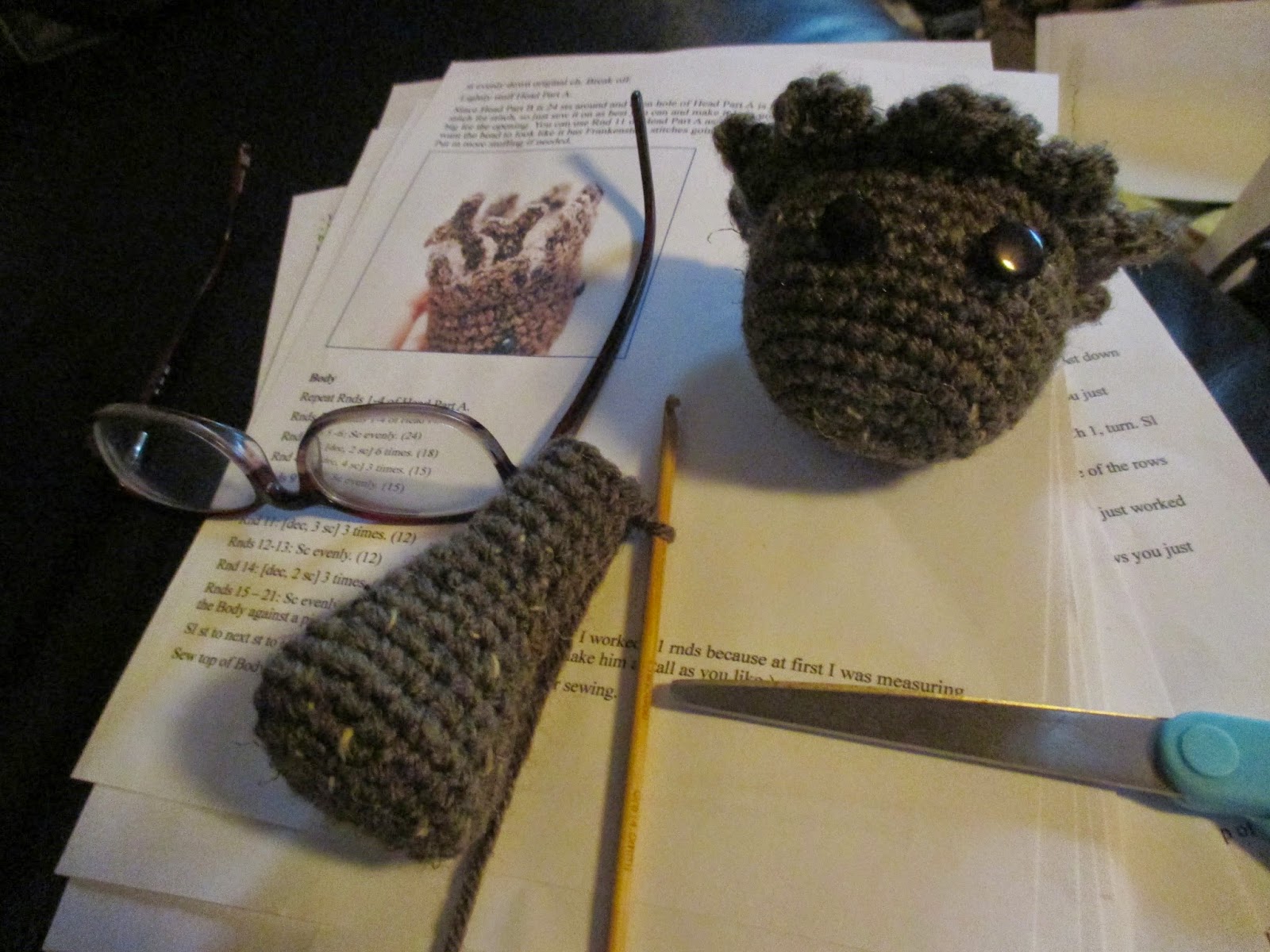 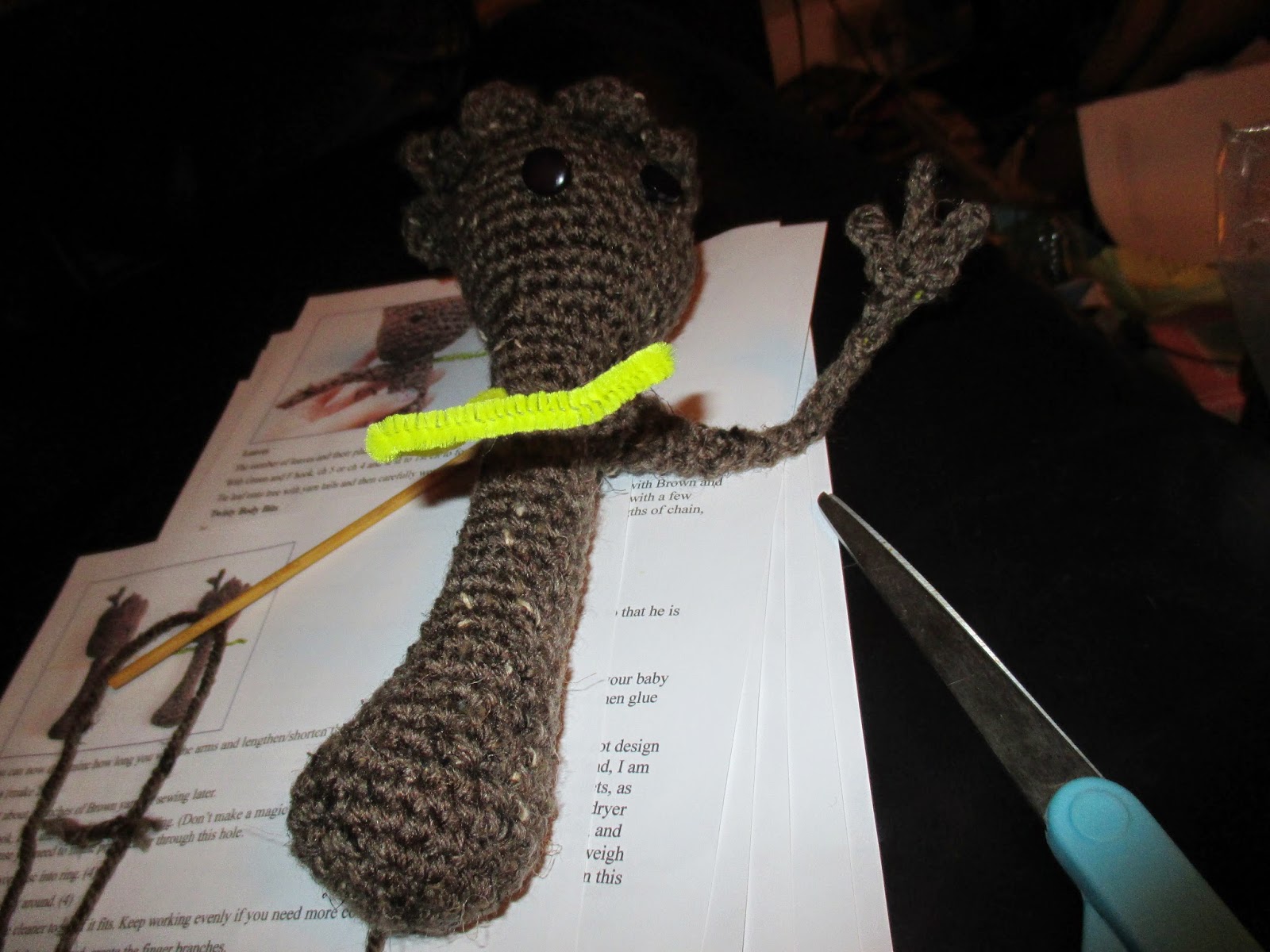 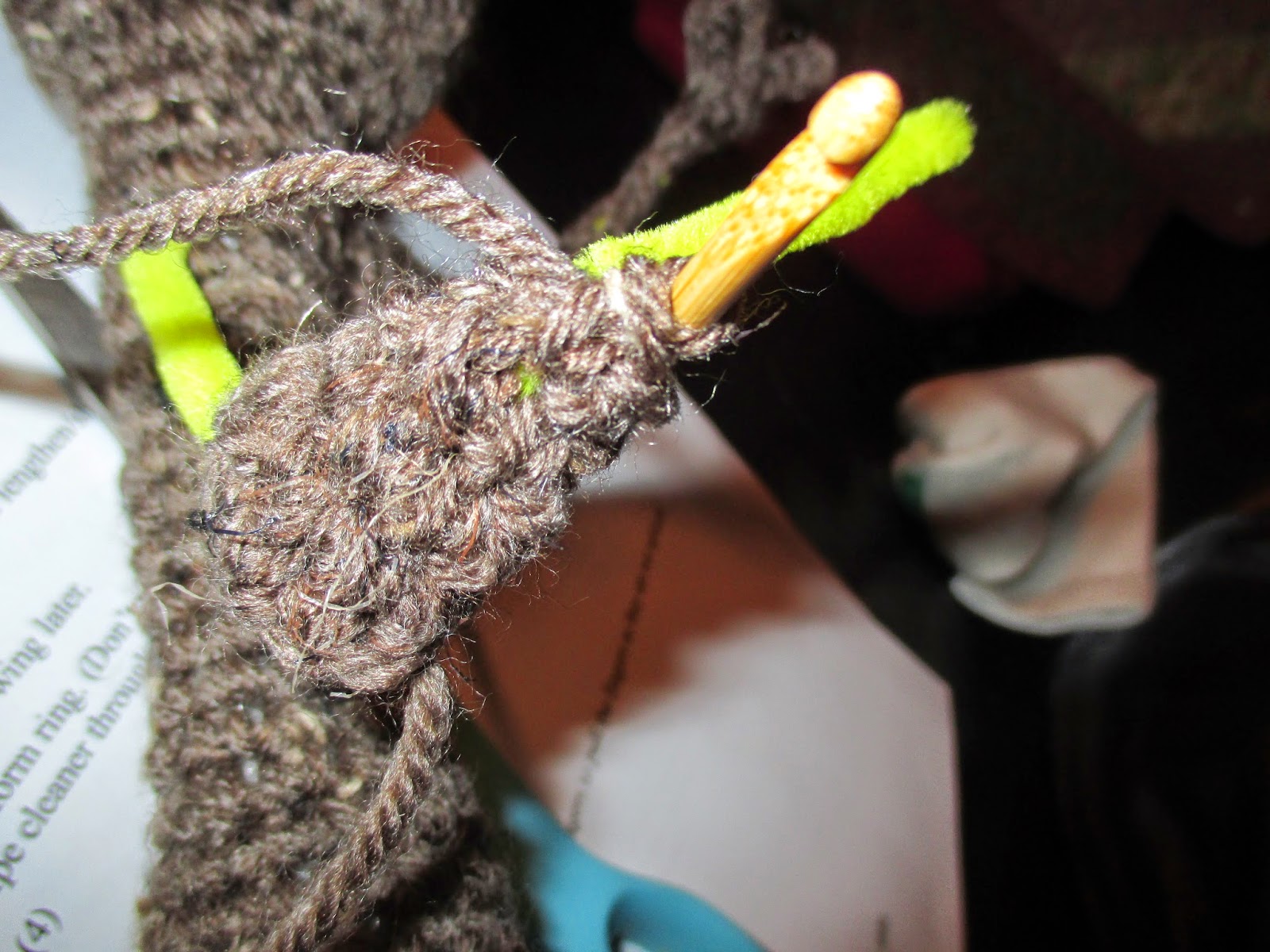 I crocheted a few leaves and embroidered some greenery down the front, after adding vines (or just trunk texture?) with chain crochet sewed on. 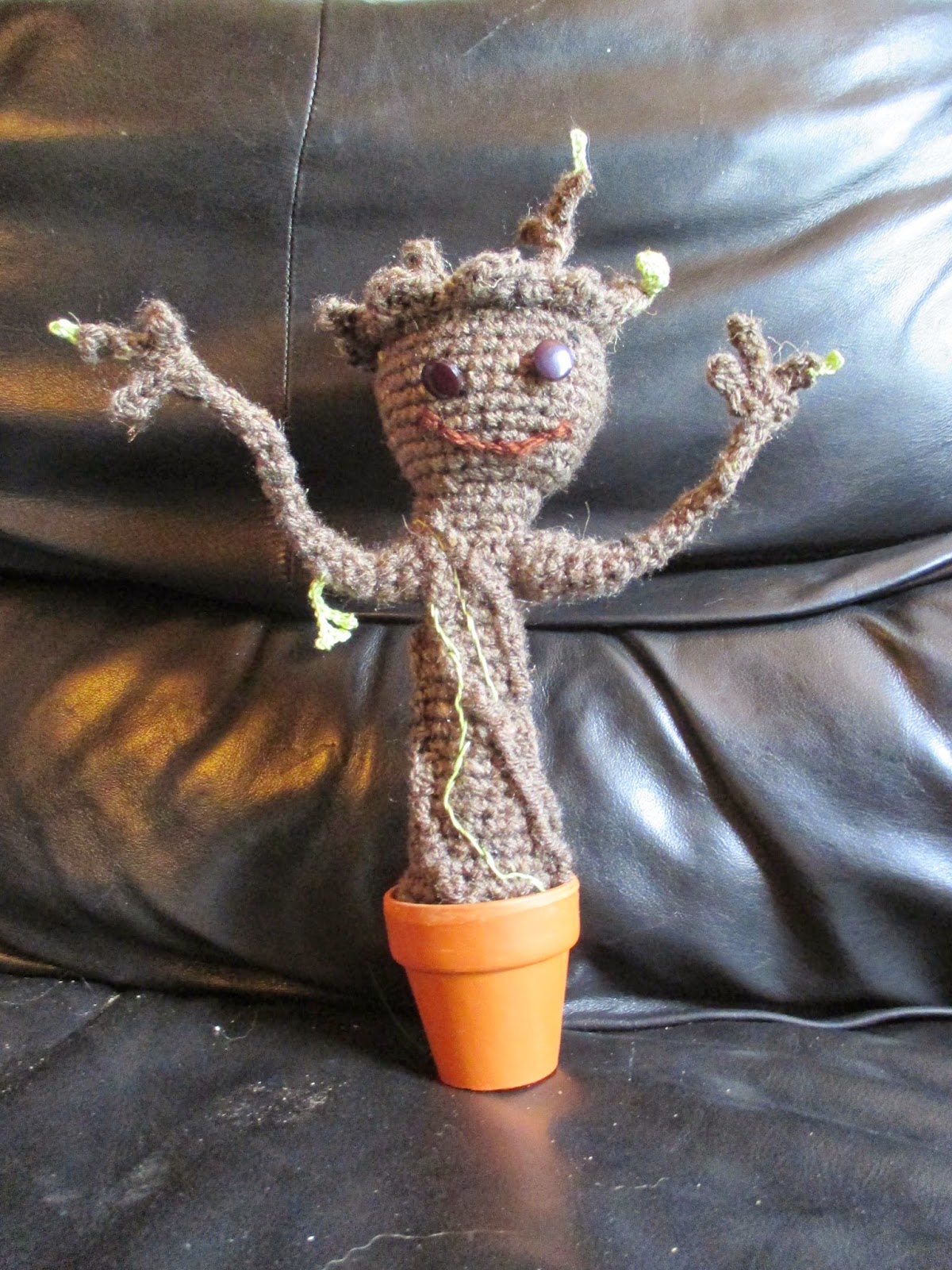