It was our in-house tournament today - both boys competed in board breaking, forms, and point sparring. 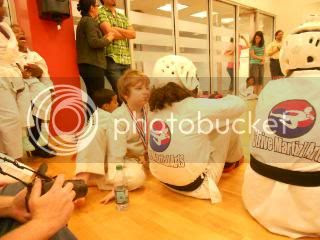 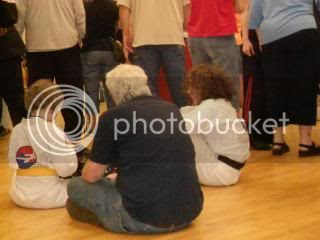 I missed the Small Man's board breaking (FUN! according to him) and forms, but he came in third in both. 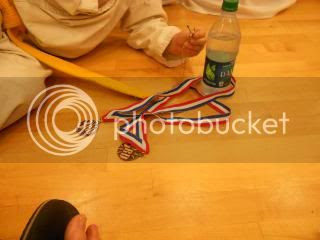 Point sparring didn't go as well - he needs to learn to punch as well as kick. 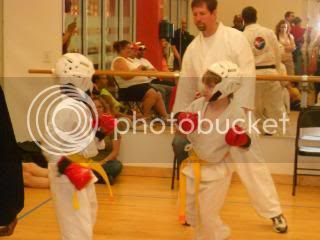 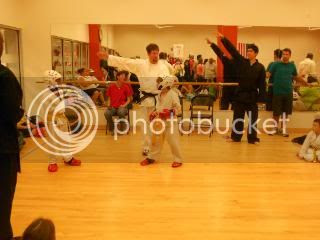 The Karate Kid didn't medal this time around. He seemed to come in fourth a lot :)
There was board breaking: 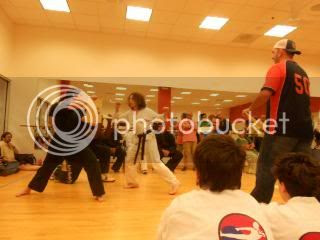 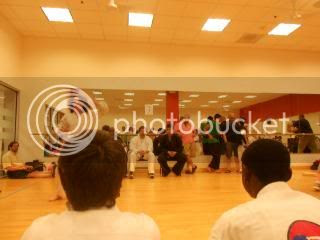 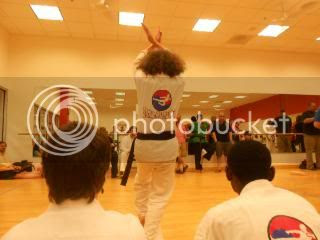 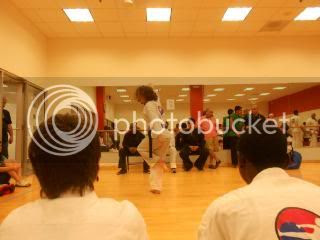 And there was sparring: 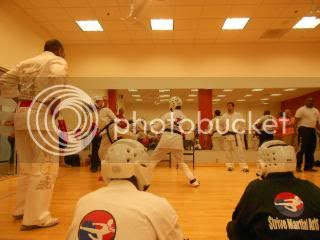 I think if he'd sparred as well at the beginning of the match as he did at the end, he'd have done much better.

And now just for fun, Toffee the squinting dog: 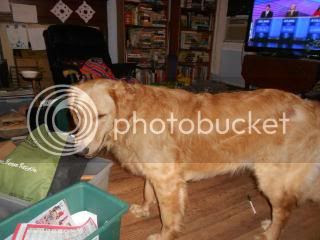 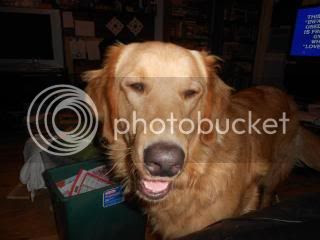