In my yard in the summer, we have fireflies.

We have a lot more than we used to, because there are no lawn chemicals used at casa de Monkeys. Early in the evening, there are the sort of lightning bugs that I remember from childhood summers spent in East Tennessee. [I grew up in South Florida. Plenty of bugs, but no lightning bugs!] Slow, lazy fireflies that hover around fairly close to the ground, so easy to catch.

Later, though, when it gets to be full dark, my trees start to sparkle. Hundreds of fireflies in my trees, and they don't seem to bother with long flashes - short, rapid-fire flashes that make it look as if fairies are sending messages to each other. It's completely magical.

I wonder if I was just never allowed to stay up late enough to see this, and it happens lots of other places as well.
Posted by Michele at 5:09 AM

We get a few fireflies here on the spacecoast of Fl but nothing compared to what we had in NC. I love watching fire flies. So magical. 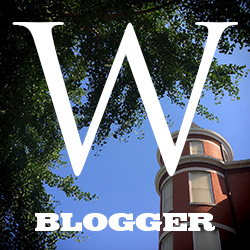