One of the reasons I haven't been blogging is my support function for my kids' social lives.

The lovely daughter has started an oil painting class. So far, she's taken to it like a duck to water. She copied a Winslow Homer with foxes for her first try; now she's working on an original design from photos of painted buntings (a request from my mom). 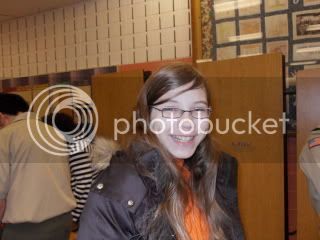 She's awfully fun to be around, most of the time. And she's been known to draw on her shoes. 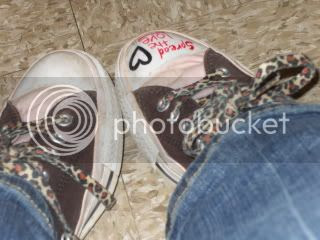 The middle son, in the past few weeks: (1) won his Cub Scout pack's Pinewood Derby, (2) made and decorated a cake (with only minor adult-oriented help from me) for his CS banquet, (3) moved up from CS to Boy Scouts, and (4) got his half brown/half black belt.

He hates having his picture taken, so I'm surprised I was able to get a couple of good ones. 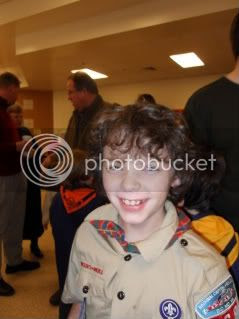 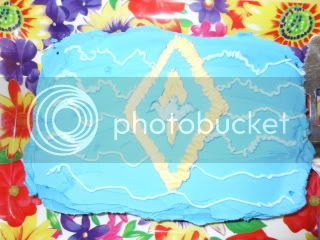 The small man is still a creature of wonder. When did he get so big? 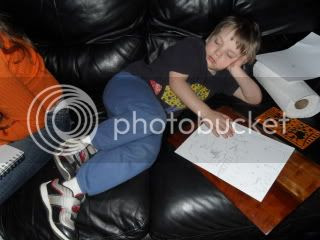 Just look at those shoes! 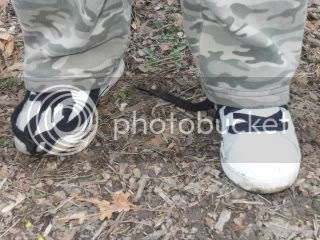 Karate at the CS banquet: 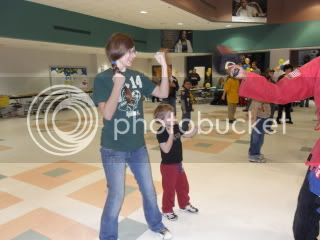 On the non-fabric crafting front, I made a King Cake for Mardi Gras: 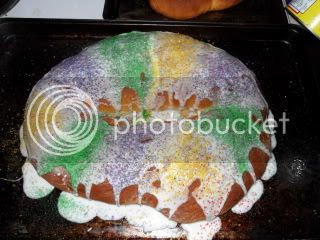