Linking up to LeeAnna at  Not Afraid of Color.

Last week I was out of town, but there'd be no excuse this week!I

I was at a business meeting...and so the whole post is pretty much about how much I miss the South. I miss being hot and sweaty and sticky eleven-and-a-half months of the year. I miss it being SO GREEN all the time. I miss being able to eat seafood that was swimming in the Gulf yesterday, and not having to worry that it's been tainted with Old Bay. I miss the food in general. I miss the music.

I'm not completely naive; there will be some things I'll miss about Maryland- I doubt the variety of ethnic food we have here will be available, but it's a trade-off I'm willing to make. Nine more years, if the stock market recovers, and I'm retired and moving.

I like New Orleans. It was a treat when we lived in Mobile to head over for a day trip, and I haven't been back since we moved to Maryland nearly enough. 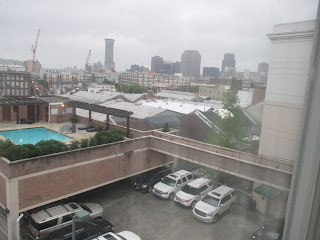 I like fried shrimp.
But only wild gulf shrimp. Farmed shrimp is disgusting. I had a shrimp po-boy for lunch one day, and shrimp and mac & cheese for dinner one night. The French Quarter Festival was going on the same time as my meeting. 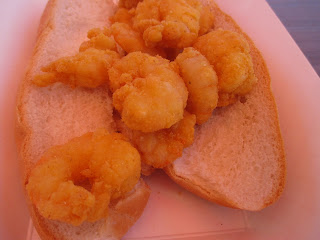 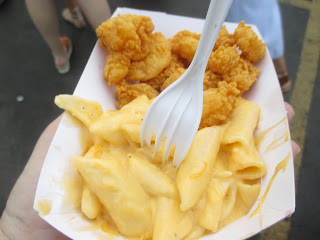 I like snowballs. And thanks to a friend in the area, I was "in the know" about the Mango Freeze. It was SO GOOD. 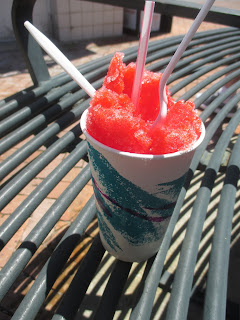 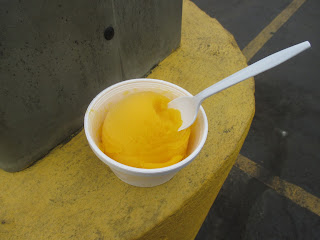 I like zydeco.  There was a lot of different kind of music at FQF, but I sought out the zydeco. (I did actually attend all the meeting sessions- but I could walk to the French Quarter for lunch and dinner.) 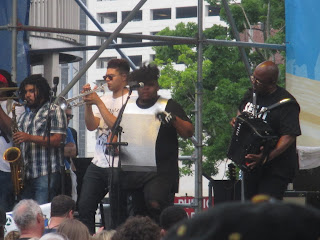 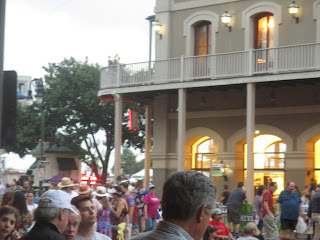 I like festivals. They seem to be more common down South, and are more likely to be free 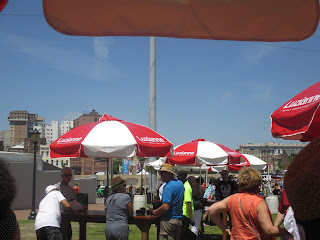 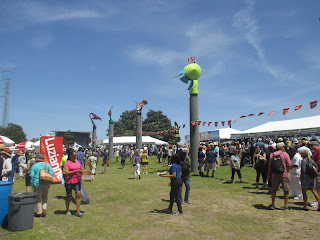 I like walking along the river. And only in New Orleans are you likely to see Porta-Potties heading upriver in a john-boat. 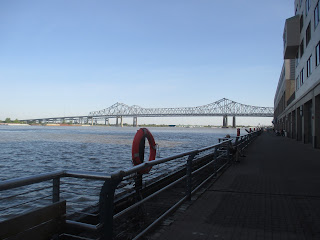 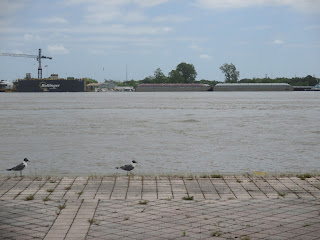 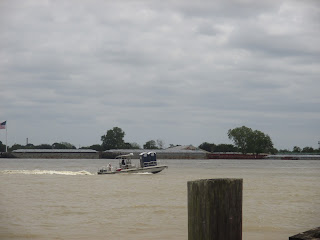 I like beignets. A box of beignet mix came home with me- I wound up having to go through security twice at the airport, and both times the box of mix got taken out and wanded 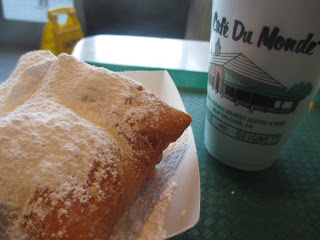 And Maryland isn't all bad- things are blooming here now, but we had frost warnings last night!!! Crazy weather. 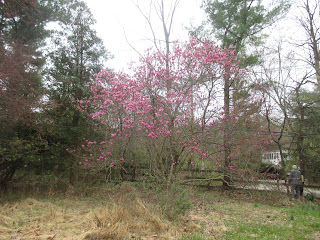 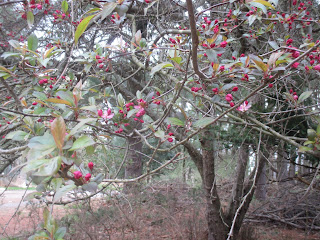 As usual I zeroed in on the food...love shrimp and I don't think I have as well developed taste as you as I like it all even tinned!!I think there seems to be many things to enjoy and see and do. And it seems the weather is a bit crazy everywhere this year.

Omg, hon, I LOVE new Orleans. I belonged to a cajun dance group for a long time and still love to dance. And the food, oy. A person could be enormous.