It's been a looong trying summer, full of ups and downs.

The first trip to Florida was in early July. First was the karate tournament in Ft. Lauderdale: 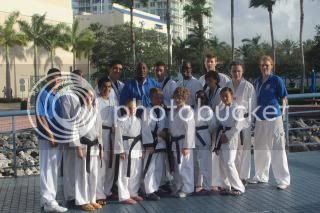 The team as a whole did well. My small man wound up with a second-place medal in sparring in his age/weight group! (There were two kids in the bracket, but to be fair, he fought well even though he lost.) The Karate Kid didn't place, but part of it is that he's gained just enough weight to be in the higher-weight bracket, so a lot of the kids have a bit more weight on him. 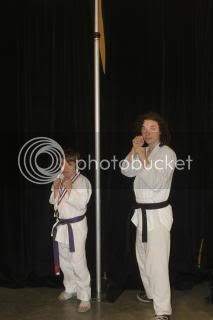 Then back up the state a little bit for my brother's wedding.
The family: 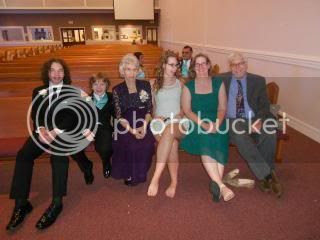 A rare photo of the Karate Kid, smiling and in a tux, no less: 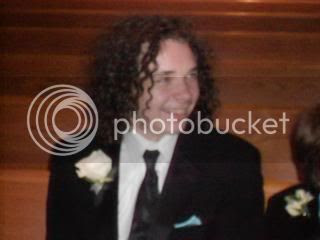 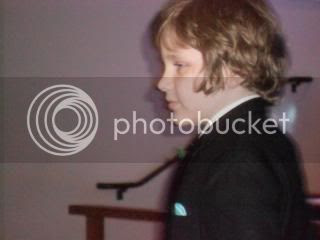 My Lovely Daughter, being obnoxious (she's in front of my brother): 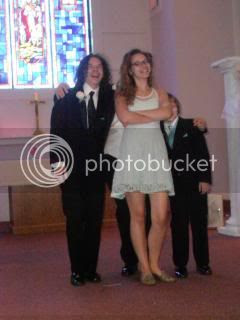 Little Brother and his bride-to-be taking photos before the wedding: 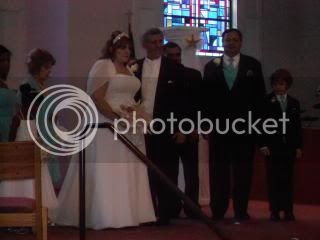 Little Brother and new bride dancing at the reception: 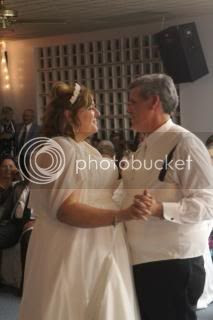 It was an absolutely beautiful wedding. We get to spend one cloudy day at the beach, and back we traipse to Maryland. 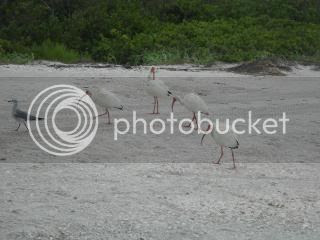 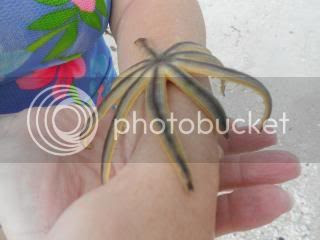 Early August, Little Brother calls me that they've taken Mom to the ER, probably dehydration. Next day, I fly to Florida in time to spend an hour with her before she passes away. Raging sepsis, organ shutdown, and she's gone.

A favorite photo of Mom from our scanned photos for the funeral: 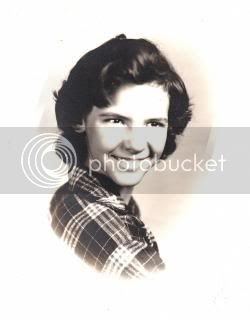 The family drove down for the funeral, and I drove back with them. In less than a week, I drive BACK to Florida with the Lovely Daughter to move her into her college dorm.

I packed up all of Mom's clothes in the back of the van and am sorting through them. I brought back a bunch of Mom's t-shirts and will likely make a quilt or quilts out of them.
Posted by Michele at 7:18 AM